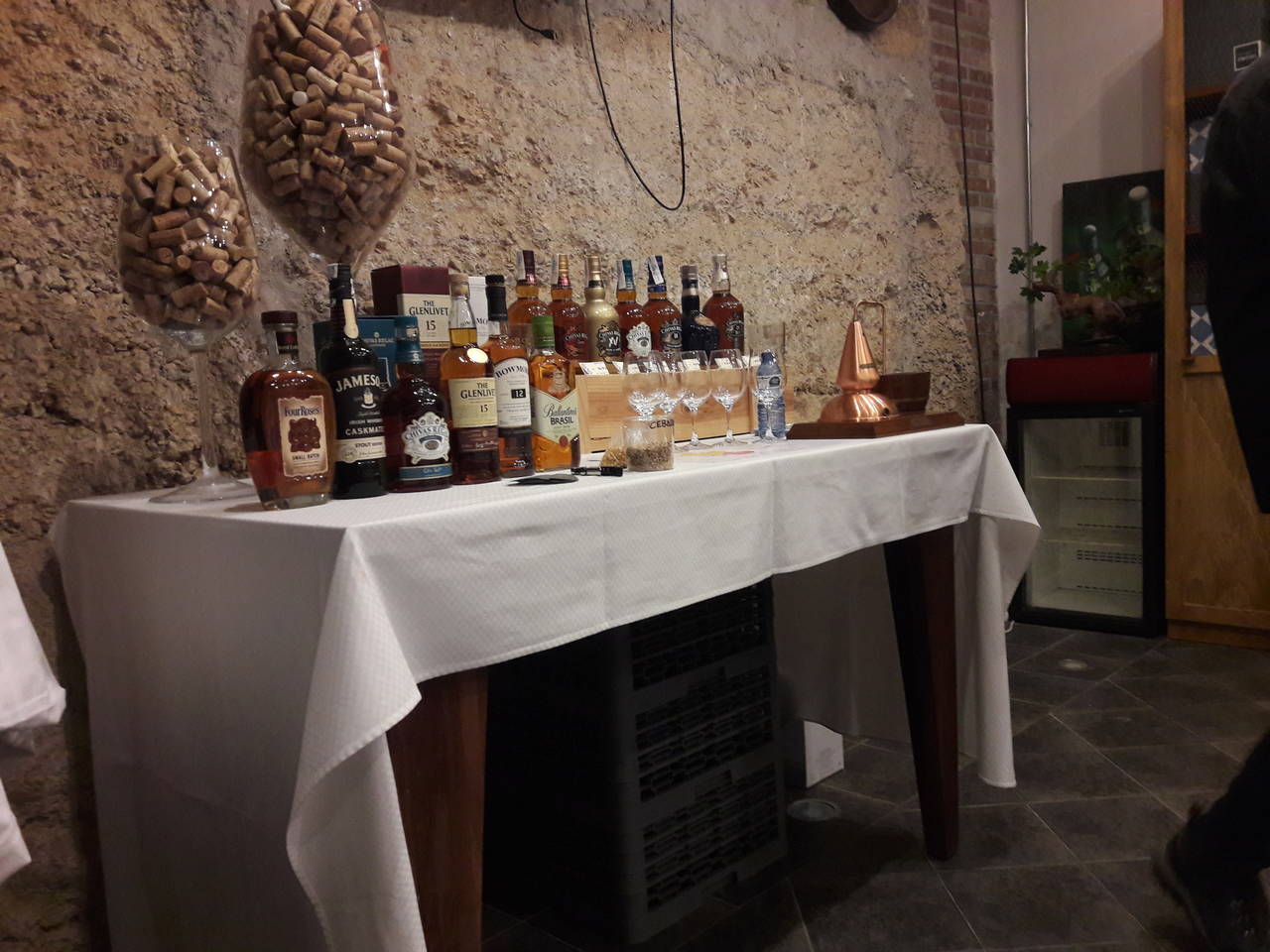 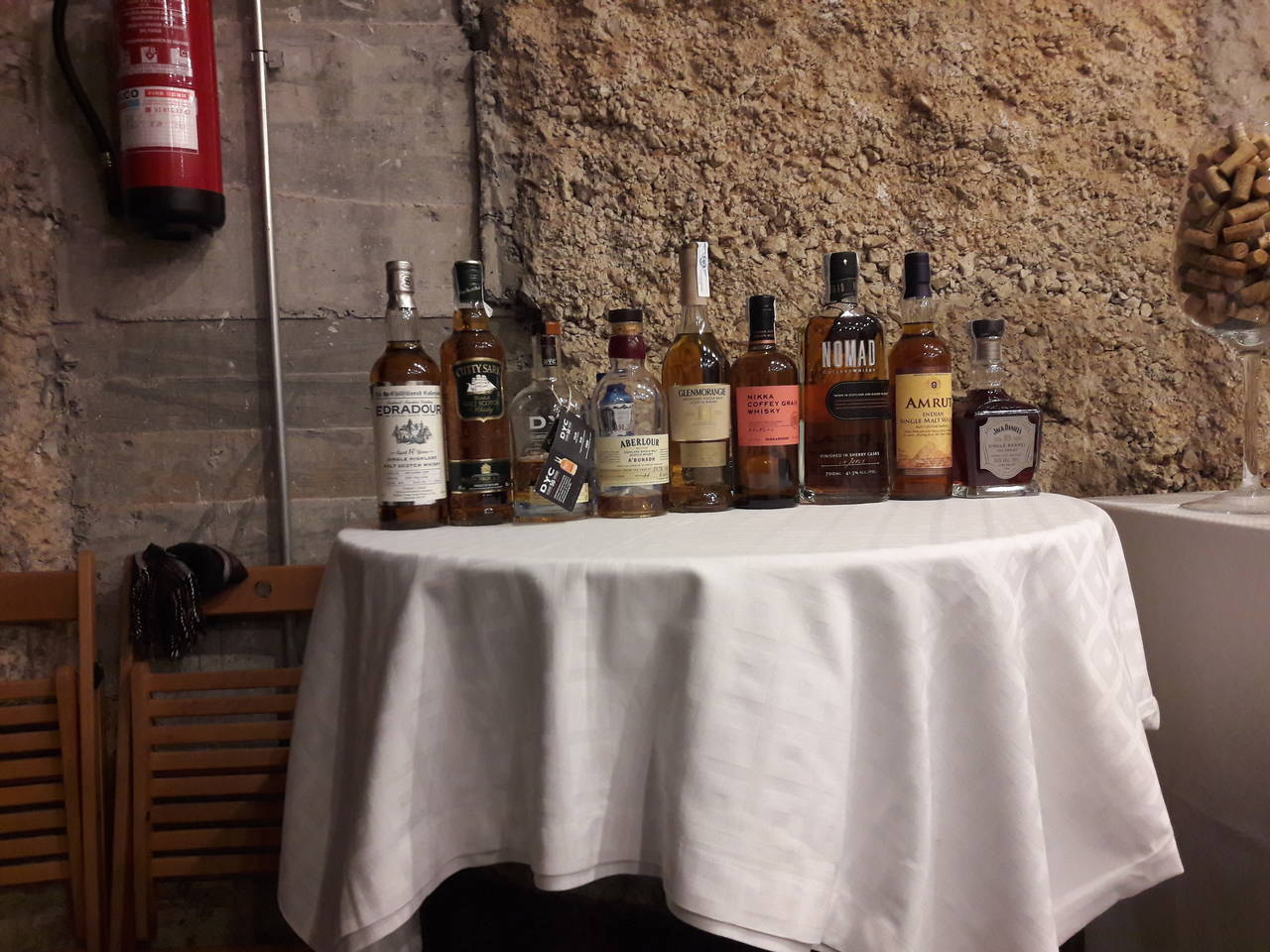 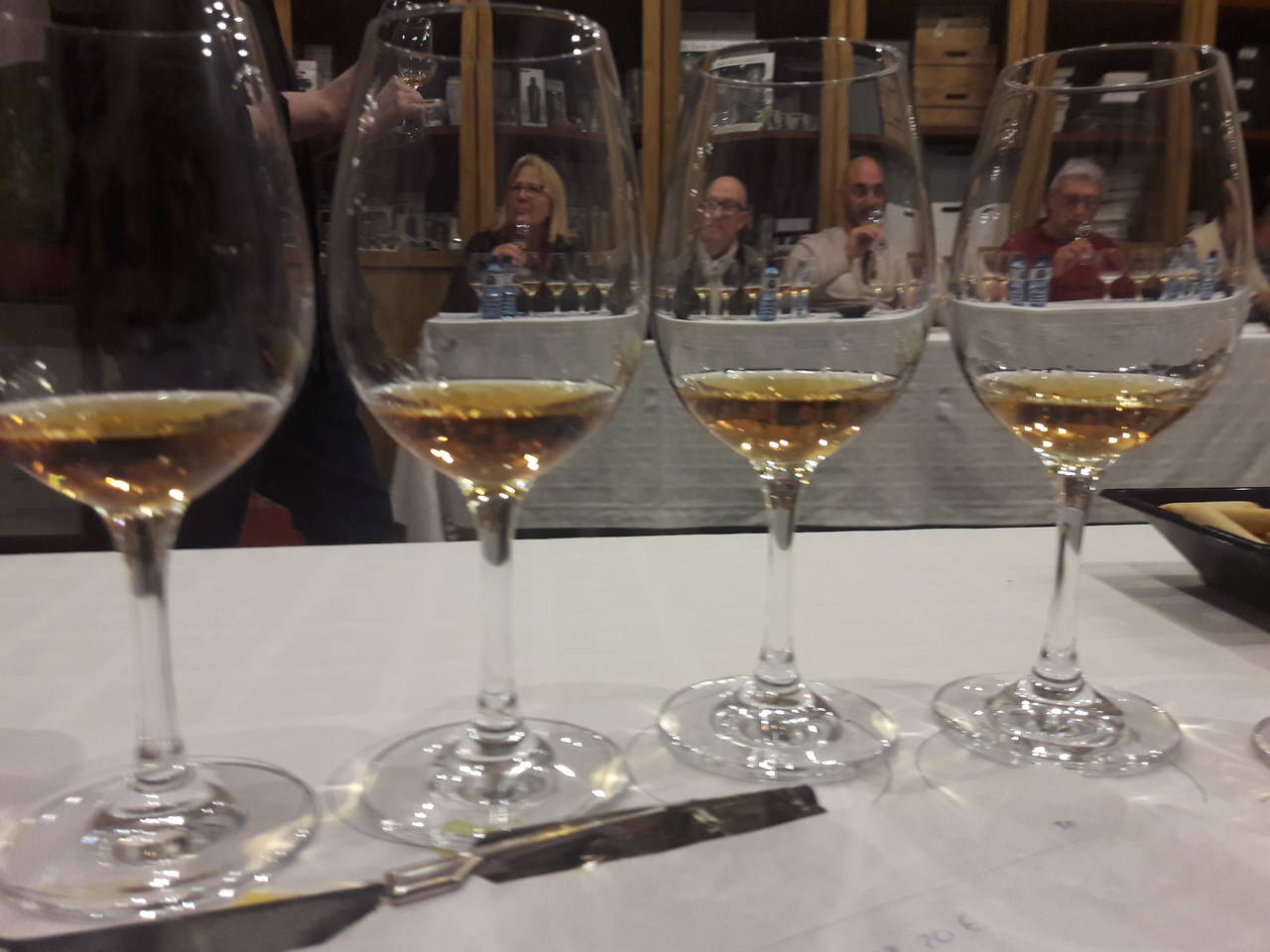 On Saturday, March 9th, we celebrated a new edition of our whiskey tastings. Although we did not celebrate a few, this was a frequent request from our customers that could not be left unattended in any case.

We will begin with a small introduction on the process of making this distillate: cereal selection, malting (or not), fermentation, distillation and aging methods. Only this exhibition could have been able to take up the whole session, but in Jordi, our specialist in the subject, I preferred to focus on the "empirical" path.

The first thing we tasted was "Four Roses - Small Batch", in which we find a touch of caramelized in the nose, followed by a fruity and spicy point in the mouth. Some of the assistants found alcohol a marked point, but not to the detriment of the whole.

We will go to the "Jameson Caskmates Stout Edition", an Irish whiskey (with the consequent triple distillation), which is aged in barrels of beer. In the nose it is soft and slightly citrus. In the mouth it has an initially acidic entry but with a short alcohol.

Next we tasted "Chivas Mizunara", a Scottish "blend" with resonances from Japan (hence its name). Specifically, it is aged with Nippon oak barrels, after a delicate distillation. Nose has a touch of citrus, slightly spicy. In the mouth it is warm and sweet with a smoke point at the end.

The fourth round was for the "Glenlivet 15", a quite canonical single malt. After the distillation process, it is aged in French oak barrels. Its aging time gives it a golden color rising, being caramelised in the nose, and with a creamy texture in the mouth with notes of nuts.

Then the time of heavyweight came: the Bowmore 12, an Islay with everything to expect. As you know, the Islay's Whiskys tend to carry a higher peat burden than usual. This results in an aromatic, very smoky and cloudy power. Peculiarly, in the mouth there are notes that swing between honey and lemon, which is complemented very well with the slow warmth of your alcohol.

Finally, as a curiosity, we tasted Ballantine's Brazil. A whiskey liqueur flavored with lime peel.

And just like on a cruise ship, we will return to the starting point, reviewing the types of whiskeys that we can find on the market. Of course, at the tasting there was much more than what we've sketched in these short lines; encourage yourself to come to the next and discover it.