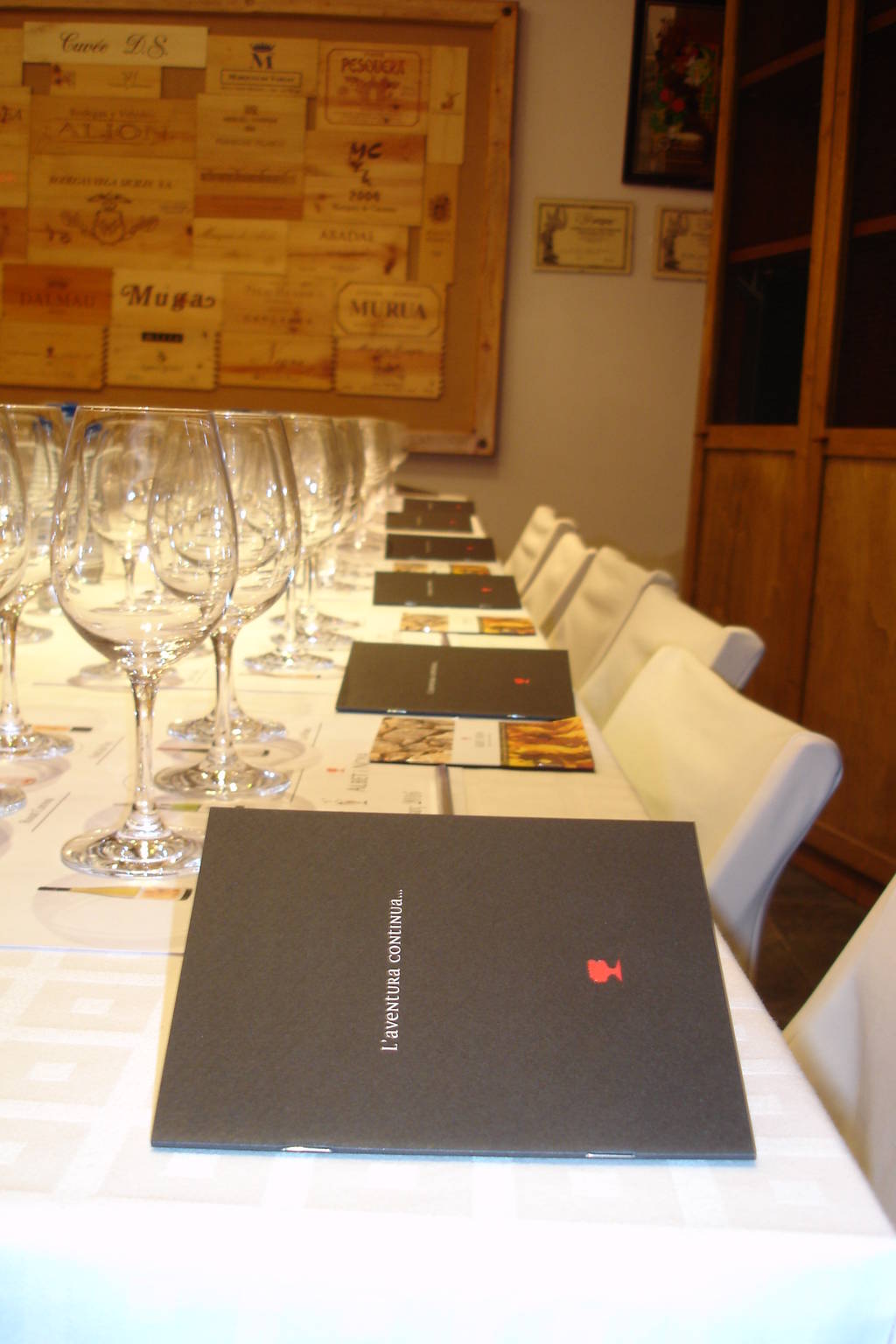 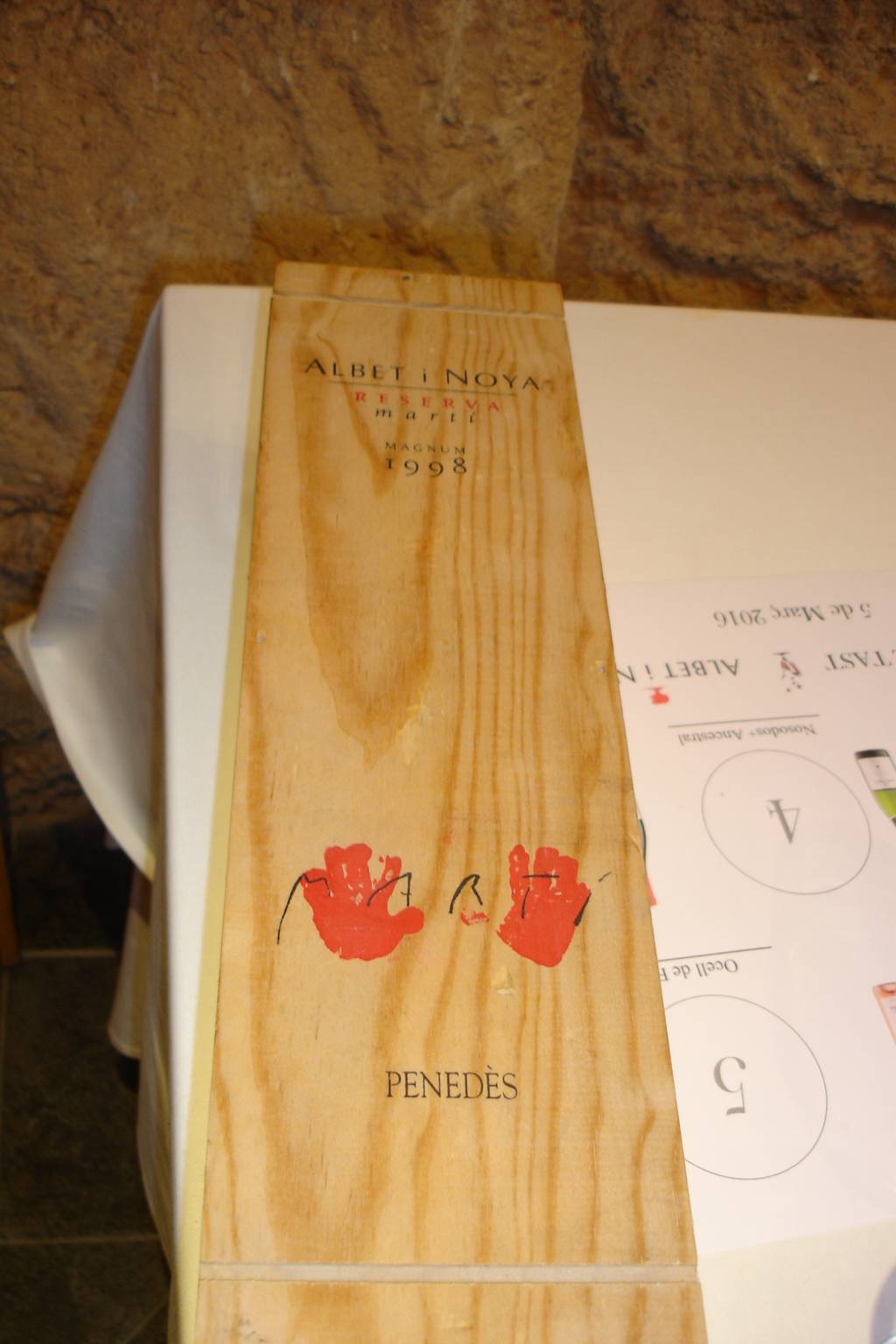 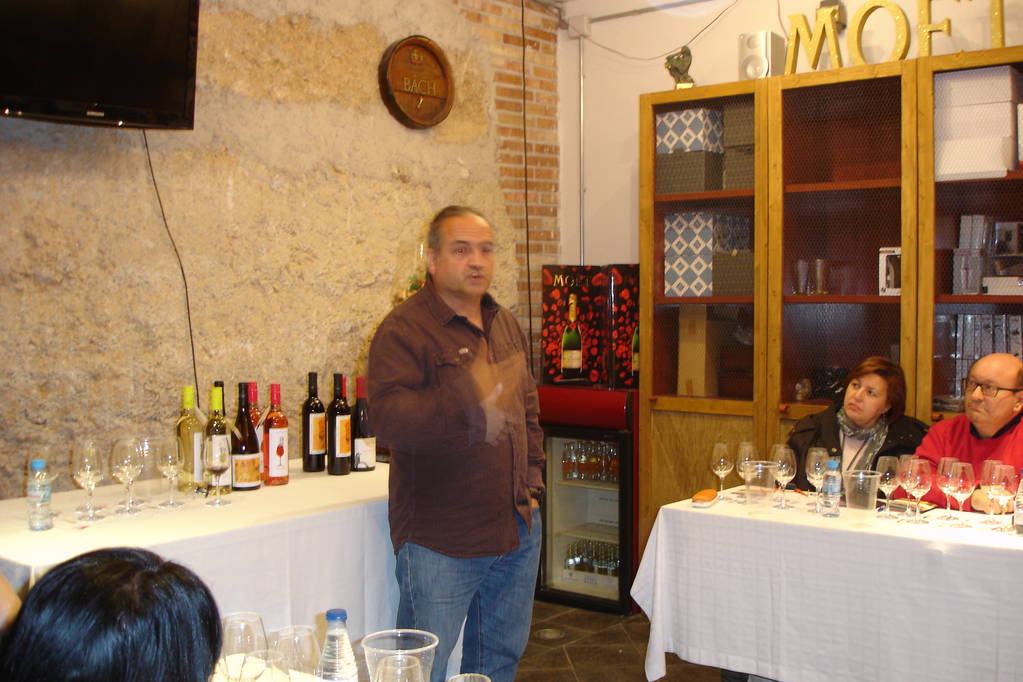 On Saturday we celebrated the fifth celebrate a very special taste. A taste that had generated much excitement and, as was demonstrated from the beginning, was founded. We chose a monograph format, a single winemaker, because his work has transcended beyond the Penedès and Catalonia. So lets move to the taste itself.

After the welcome and the invitation to the participation of everybody, Josep Maria Albet tasting began to depicti the history of the family. His grandfather, born in Cubelles, specialized in grafting vines. A highly valued profession because there was the need to recover the crops after the devastation of phylloxera. A task that he did not hesitate to describe as "vegetal surgery" because of the precision required. Following graft vines in Les Roquetes, the grandfather of Josep Maria Albet received another order. Here in Sant Pau d'Ordal, the Masia de Can Vendrell, a farm with 100 hectares of forest and 110 growing (mainly vineyards and peach). Following the commissioning of grafted vines, his grandfather was there as a tenant. They began cultivating 32 hectares of land. In 1936, at the outbreak of war, gentlemen leave, but the Albet family, as well as leased rabassers stayed there.

Due to the death of the father of Josep Maria, he had to take charge of the winery only 18 years. A fact that, despite the weight of responsibility, also provides freedom to innovate. In the late 70s, the Regulatory Council of the Penedès received an order from Denmark to produce organic wines. This was taken by the young Josep Maria, who also saw an opportunity to break the vicious circle of low prices. Thus, a Tempranillo Crianza begin the adventure eco Albet i Noya. Not only that, exports represent 80% of the production of wine, a figure that has declined since then. The production, which began with 5,000 bottles per year, has reached one million. All organic, both own production and that of tenant farmers.

Meanwhile work has been a constant research, especially in the recovery of pre-phylloxerical varieties. Phylloxera, Albet recalled, still present in our environment. Something still preventing new power plant vines with European standing. Currently, studies are underway to check on biodynamic with a scientific basis what are the effects of these techniques.

We begin with the tasting Xarel·lo "Curiós." A wine fermented at low temperatures to maintain the initial aromas. Lightweight and low acidity, with notes of peach very present.

Then spend another xarel·lo, the Elfanio name put in honor to the farmer who worked the vineyard which grows grapes with which this wine is made. It has aged for nine months in three different containers: steel tanks, barrels of acacia and cement eggs. With notes of white flowers and orange and pear. More smooth on the palate and mineral.

Before moving to the next batch of wine Albet defended the option of using screw caps for those wines intended for consumption in the short term, specially the fruity ones.

He also happens to taste the pink "Curiosa." Mainly made ​​with Pinot Noir (80%), and complemented with Merlot and Belat. Quite pale, because you only have three hours of maceration with the skins. Syrup and fresh with notes of redcurrant and strawberry.

It was then the turn of the sparkling NOSODOS. This is a varietal Xarel·lo that ages well in the bottle without any added sulfites. The natural fermentation yeasts are also used. Albet highlighted is made with the "ancestral method." It differs from the traditional method that uses sugar in the grape itself for the second fermentation. A truly sparkling particular bubble fine and subtle notes, typical of long aging of the "classic Penedès."

Then go into the final round: red wines. The first was the "Ocell de Foc", a blend of Marselan, and Caladoc Arinarnoa. We must specify that these varieties are the result of crossing Grenache and Cabernet (Marselan), Malbec and Grenache (Caladoc) and Tannat and Cabernet (Arinarnoa). A wine that, despite having aged for 12 months, preserves freshness and lightness with spicy notes.

It was during the presentation of this wine Albet make a digression about the problems of the vine regarding reproductive memory. After centuries of clones (grafts), we find that many vineyards are struggling to reproduce sexually. That's why each year, along with other researchers in the world of viticulture, Albet i Noya plant about 1,000 vines in search of their strength but also quality winemaking.

Enter then one of the "stars" of the winery: La Milana. This wine, made from vines Can Mila de la Roca, is indebted to the wife of Mr. Milan, the "Milana". She was the one who worked. A blend of Caladoc, Tempranillo, Cabernet and Merlot, with 18 months of aging in oak barrels. A more consistent wine than the previous round and bulky, but very elegant and balanced, with a nice persistence.

And when everything pointed towards the conclusion of the tasting, there was a surprise. Something that had seemed to Josep Maria Albet but we kept secret until the last moment: a magnum of Reserva Martí 1998 "Phoenix." Indeed, wine is 18 years! We might describe as the certainly was wonderful, but we prefer to conclude here and make dentetes description. Have come!