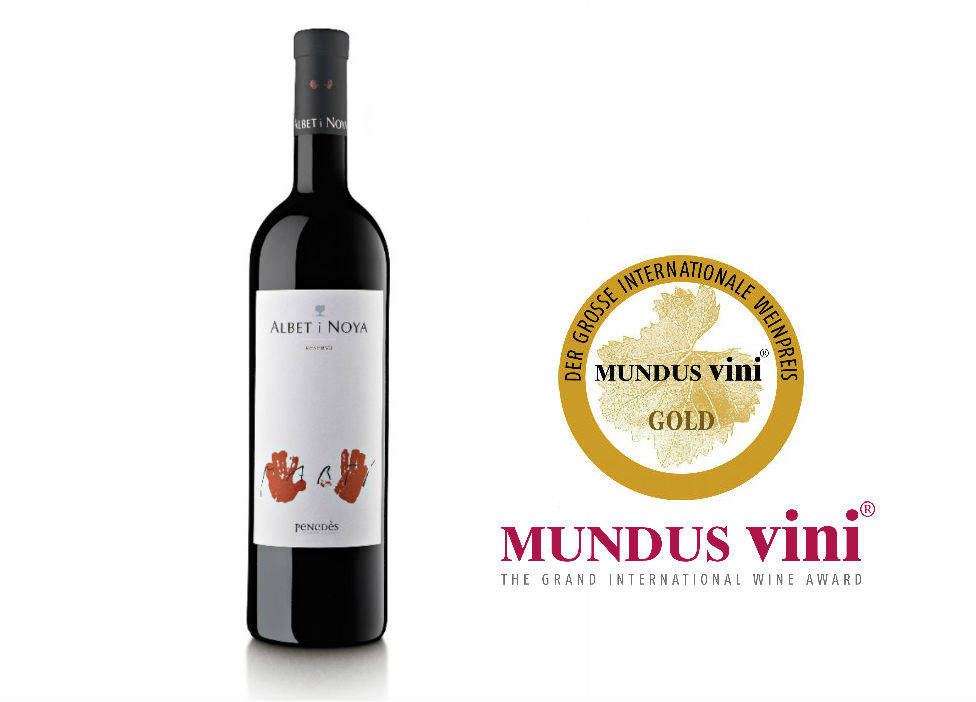 Reserva Martí 2011, better Penedès in the Mundus Wines of Germany *

The Martí 2011 Reserve of Albet i Noya has been awarded a gold medal at the international Mundus Vini competition in Germany. The wine, elaborated with a blend of Merlot, Syrah, Cabernet Sauvignon and Tempranillo, and with more than two years of aging in new barrel and 4 bottles, has also become the Penedès wine valued at the contest.

Albet i Noya has been producing this ecological and long-aging wine since 1994 , which was created on the occasion of the birth of Martí Albet Esteve, the fourth generation of the Penedescan winery and whose hands have been printed on the label until today . The Martí Reserve was the first blend of wine made by Josep Maria Albet, who explained that "I dedicated it to my son because it was also the first blend (and last) that we did with his mother . " The last vintage of the wine, in 2009, also received numerous gold medals in competitions such as Decanter, Gilbert & Gaillard, Millésime Bio or Vinum Nature.

The Mundus Vini Awards were created 16 years ago from the German publisher Meininger Verlag, specialized in publications of the wine sector. In total, 4,300 wines from 24 countries have been evaluated and 16 gold medals, Gold Gold 703 and 1,001 Silver have been distributed.